"I've had an absolutely unbelievable life. I have to pinch myself to see if it's real." This comment (made to a PNZ National Office staff member in September 2013) is typical of the man whose creative thinking, energy and enthusiasm developed the Mulligan Concept - now acclaimed, taught and practised throughout the world. His favourite quote: "In the field of discovery, chance only favours the prepared mind." (Louis Pasteur)

This is a personal profile of a much loved leader and entrepreneur in the physiotherapy world. 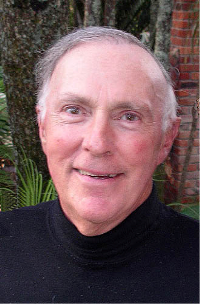 Brian marvels at the chance encounter that led him to become a physiotherapist. "There's a new career out there called physiotherapy," an old acquaintance told him, "the career of the future." This came at just the right time, when Brian was feeling dissatisfied with his work where he was being pushed to take a degree in accounting. "I wanted to be in a science lab or something, not sitting at a desk pushing a pen," Brian says in his oral history.

It was the most wonderful thing... I became a physio!

"The thing I didn't realise was that there were so many women and so few men," Brian says. "There were seven guys in my year. I saw all these girls in white and thought they were nurses or something. The very first day I was horrified, there were thirty something women and I thought, 'What the hell am i doing here?' but I thought, 'I've burned my boats now, I have to stay,' and I did. And it was the most wonderful thing that happened to me. It was a chance conversation, and I was restless and not satisfied with what i was doing and i became a physio!" 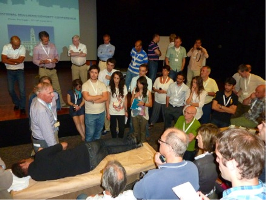 Brian tells some good stories about his student days. "We worked hard and we swotted hard," is how he sums it up.

He qualified in 1954, then worked in Wellington Public Hospital. After 6 or 7 months he set up in a practice of his own. "I couldn't believe how successful I was! Within a month I had a full book. My skills were limited. I realised i still had a lot to learn. I learned and I still think that your approach to patients is very important. One rich old lady told me she came to see me becasue, 'You're confident. I always know what you're going to do.'" He bought an ultrasound machine that he comments cost as much as a car.

"What really changed us was when Jennifer Hickling, James Cyriax' assistant, came here and showed us manipulation. I was her model when she demonstrated these techniques to the medical profession.

"We should never give up manipulation. There are times when it's the best choice."

In 1970 after representing New Zealand at the World Confederation for Physical Therapy (WCPT) Congress in Helsinki, Brian attended an extremity joints course run by Freddy Kaltenborn. He says that the course changed his life. He started teaching what he had learnt in New Zealand and then in Australia.

Thanks to Frances Wilson for these photos of a SNAGS course 1988.

When chance favoured his prepared mind

In 1983 Brian discovered and developed a new field within manual therapy which he called, "Mobilisations with Movement" (MWMs). Two years later he discovered and developed the "Pain Release Phenomenon" techniques (PRPs). "It all came along by chance," he says, but points to that quote from Louis Pasteur: In the field of discovery chance only favours the prepared mind. "We should learn from anything special that ever happens, to improve the management of patients."

Once you've developed something, Brian points out, you've got to have guidelines for safety. He learnt to insist when teaching that those teaching the same techniques should reproduce them exactly the same.

He wrote his first textbook about his techniques in 1989 - now avaiblable in mulitple langauges and in its sixth edition. Another book which he wrote in 2003 is for the general public, and in its third edition, "Self Treatments for the Back, Neck and Limbs."

To ensure high standards while meeting the high demand from therapists for teaching about his techniques, in 1995 Brian set up an international organisation for accrediting teachers.  There are now 51 Mulligan Concept teachers  from 21 nations. To give an indication of the Concept's level of acceptance - the director of the American Olympic Sports Medicine Team has recently insited tht all in their large team who treat athletes must be Certified Mulligan Practitioners (CMPs). 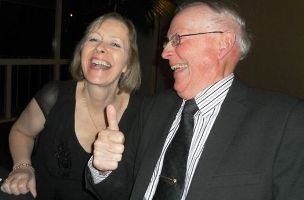 Brian is still jetting around the world teaching at seminars in many countries, to large crowds of physiotherapists and medical practitioners. His energy is remarkable. In September 2013 he spoke at the gala dinner arranged by the Physiotherapy New Zealand Waikato/Bay of Plenty Branch for World Physiotherapy Day. There he drew enthusiastic applause for his humour and insights in retelling his story. PNZ Life Member Frances Wilson presented an amusing rap there about Brian's life and methods. 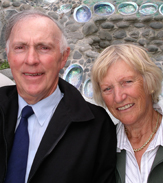 He and his wife Dawn have been married for 56 years. They have a son, two daughters, a grandson and five granddaughters. He loves the outdoors, golf, and his piano. 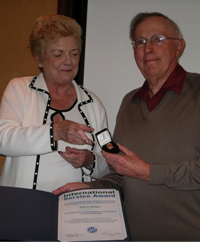 Life linked with another great physio

For 75 years Brian's life was linked with Robin McKenzie's. They were in the same class in 1939/40 in Masterton, New Zealand, then a small town. As Brian likes to say, they both became physiotherapists in the days when very few people in the population even knew what a physiotherapist was. At a meeting in Wellington with "Mac" as Brian called him and another colleague, Craig Cameron, they talked about forming a special interest group within the profession. The result was what is now the New Zealand Manipulative Physiotherapists Association, where Mac was the first president and Craig the first secretary. Brian and Mac were the principle teachers on the newly formed postgraduate programme for the Diploma of Manipulative Therapy.

Responsibility to the professional body

Brian has always given freely of his time and expertise to his professional association - originally the New Zealand Society of Physiotherapists (NZSP), now Physiotherapy New Zealand. "It's unforgivable for anyone not to join their association. If you're not happy with it, join the committee and do something. I joined the branch straight away in 1954. I was secretary for two years and branch president for two years. In 1966 I was conference chairman. In 1970 I was on the salaries committee for the society. I enjoyed my time on different committees. If your career's worthwhile, you'd better join the society." 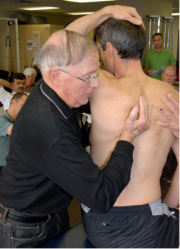 Because it was "rather lonely being in private practice," private practitioners used to meet up, and then formed the New Zealand Private Physiotherapists Association.  "But that still didn't address the question of manipulation. That's why we branched out and formed the Manipulative Therapy Association." Both came under the umbrella of NZSP.