Dr Tim Wood's daughter remembers her father who died on active duty in New Caledonia. He was an early promoter of physiotherapy. At one stage his strange machines led to spying accusations!

Tim Wood died on active service in New Caledonia. There he was following his dream of physical medicine by forming a convalescent camp to bring soldiers back to health through exercise and physiotherapy, with very successful results.

He was Dr J.H.H. Wood, commonly known as Tim, a well known GP in Auckland from 1927 to 1944. With his forward thinking he had bought a property in Remuera, intending to specialise in physical medicine when he returned from the war, as he maintained that doctors would flock to Remuera Road – and he was so right. 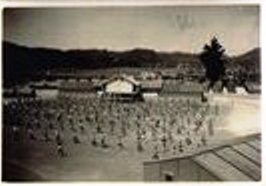 For a number of years he was the Head of the Auckland Public Hospital Physiotherapy Department which was in the lower part of the old brick building parallel with the Domain Drive.

In 1937 he went to England, Germany, and what was then Czechoslovakia and studied at their spas for a year .From that study he ordered and brought home what I have always understood to be the first Ultra Sound machine. In those days I think it was called an Ultra Shortwave machine. I am his daughter and I well remember this thing in his surgery. It was like a large box standing on wheels.

I also remember ultra violet and infrared machines in his surgery. There is a very funny story:

On the outbreak of war, someone reported strange lights coming from his surgery and suggested there might be a German spy there, trying to pass information. It was nonsense of course, but that was a the time when people were jittery and many people of German nationality were being interned.

He was the visiting doctor at the Wilson Home in Takapuna, Auckland, which was given by the Wilson family as a hospital for children suffering from polio. I also taught there for several years in the seventies. 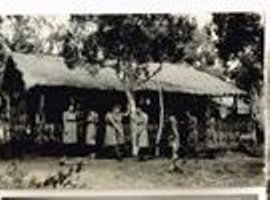 He was a very compassionate man who loved his work and was passionate about the methods to achieve a healthy body. It was a great shame that he died at the young age of 44.

From 1927 he joined the 1st Field Ambulance of the Territorial Army, becoming its commanding officer. When war broke out he volunteered to go overseas but initially was sent to Rotorua to form a military camp with the aim of bringing soldiers up to Grade 1 fitness. He believed in exercise etc and also keeping their minds active with study and activities. He later used the same methods in New Caledonia. 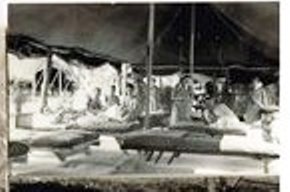 I think he was a forerunner in this field of medicine as it was 80 years ago that he first became interested. 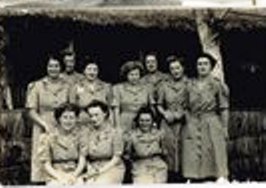